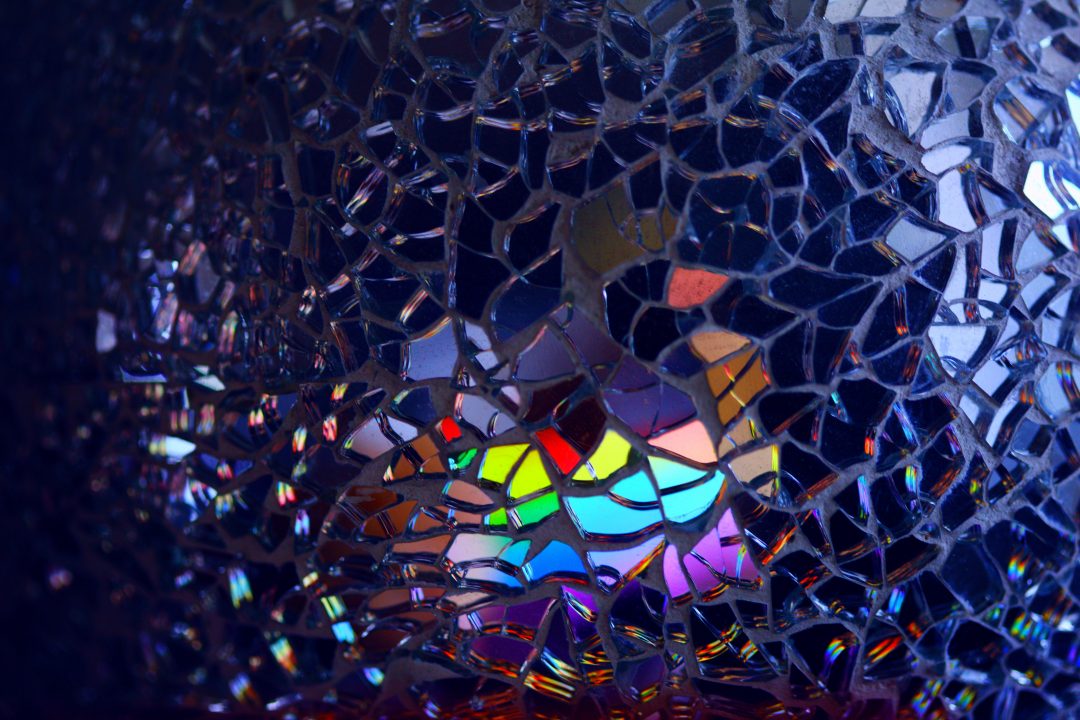 Loving My Neighbor in the Broken Marriage

Each Friday, I help lead a group Bible study for women at my parish. It’s part of a large and growing  movement to get Catholic women to dig deep into Scripture, discover how much God loves them, and to build community in our parishes.

In my group last week, we had a deep and intensely moving discussion about God and marriage, and by the time we’d finished a video, cracked open our Bibles and gotten halfway through our discussion, the box of tissues had been passed across the table more than once.

And guess what? Even though the topic was marriage, the focus of our discussion wasn’t our husbands, although they did come up, especially with the tissue boxes. What the study focused on was how much Jesus should be the primary relationship in our lives. No man, no matter how super supportive or extra helpful or totally patient he may be, can possibly fill all of our spiritual and emotional needs. Turns out we need a God-Man to fill the deepest needs of our hearts, and at best, our husbands can only be his helper on that score.

I must say, that it was a relief to kick around this idea with other women, because after years of marriage, you can get tired of the pretense of a perfect marriage. How do you admit you’d sometimes like to throw your husband under the next bus that comes down your lane, without, well, throwing your husband under a bus? It’s tricky, but sometimes we’re so busy trying to hold up the ideal of Christian marriage as we think it ought to be, that we inadvertently project the false pretense that our own marriages are perfect.

We all know that there’s no such thing as a perfect marriage. I have the recurring revelation, subject to all sorts of vicissitudes in my moods, that it may be more important to focus on how I can be a better spouse to my husband than to complain about his shortcomings. These seem to multiply when I’m focused on him, but to shrink in number when my thoughts are more focused on finding God’s will in my day. It often seems an uphill climb–how can I be expected to achieve any level of sanctity whatsoever when I’m married to someone as flawed as my Beloved?! And it must be as clear to others as it is to me that we are both prime examples of fallen humanity—the sad, everyday kind of sinners, in fact, and candidates for therapy, most likely, but most certainly in need of redemption. It’s just a blessed relief when you can share a little bit of this outside of the confessional (confidentially, of course—what’s said in Bible study stays there).

The better parts of the discussion were the parts where I just stayed quiet.  Even though my husband and I have weathered times when marriage has been hard, I’ve never wanted to actually give up on marriage, although some married folks truly must, and many often do. If you’ve ever been part of a study group, or a prayer group, hopefully, you know that the your kindest contribution is sometimes  found in just listening to someone else’s story of pain, without judgment. And if someone’s sharing about her broken marriage, it’s not an opportune time to start quoting from the nineteenth chapter of the Gospel of Matthew.

I’ve been a close enough witness to one imploding Catholic marriage to know that it can be a loss more devastating than death. When a husband and father dies, we all understand that there is the stunning emptiness to be contended with; there is the terrible grief of loss—someone who is beloved is now truly gone from this world. Jesus wept at such loss, and we do, too.  But in the case of a nasty divorce, there is something a bit different— the loss of hope that this family can ever be whole. The pain is just as real, but a pathway to healing seems impossible. In divorce, the mourning is a more hidden affair, sometimes even shameful, although we can wish all we want that it weren’t so.  Nothing is at it should be, and the ladies’ group from church probably isn’t rushing to SignUpGenius to cover your emergency childcare needs. No one brings you casseroles and flowers and tells you to call them if you need anything at all.

There is an upside to all this: Catholics in the U.S.  do somewhat better at staying married than the population at large; a quarter of those who’ve been married have been divorced, while 40% to 50% of Americans who’ve been married will see their marriages end in divorce.  Under Pope Francis, the issues swirling around Catholic teaching for marriage are complicated, arguably affecting more Catholics than any other issue in today’s Church. With the publication of Amoris Laetitia, in 2016, issues regarding divorce, remarriage, and reception of communion without annulment became the nexus of controversy for differing factions in the church, reported both in the Catholic press and in the mainstream press as well.

Well and good, to try to sort it all out, but not here, and not now, and truly, not by me. What I care about is how to be a good friend, and how to support women whose marriages didn’t make it. Maybe we can do a better job of giving the benefit of the doubt to all of those who’ve been through the particular kind of hell that serves as a springboard for the collapse of a terrible marriage.  Maybe you can help a friend find a sympathetic priest or a good counselor. Even offer shelter if that’s possible. Let her know that you don’t think less of her just because she’s living through a nightmare. If all you can do is offer a listening ear, then do that, with every ounce of compassion that you can give. Because chances are, if it’s a woman who has left a husband because of some type of abuse, she is going to encounter someone  who, with the most Christ-like of intentions, will make her life even more miserable in the guise of trying to “help” her. If we’re not careful, they become the women in the Church who are seen, and judged, but not heard.

The people who hurt them can be the very ones who should help. These are the friends, or even professionals in church-related settings (including some Christian counselors),  who are tied to an idea they may sincerely believe they’ve  gotten from Scripture, an idea that even if a husband is terrible to his wife, even if he has no intention of loving her as Christ loved the Church, or of submitting to her as St. Paul directs, that she still must respect her husband and submit to him. Even if the mutuality of a healthy relationship has been broken, and people, even children, are being damaged, and even if it’s quite clear that the grounds for a Christian marriage may have been absent all along,  she may be told that she still has a responsibility to adhere to an admonition to submit to her husband. She may be in a toxic marriage, and it’s her job to stick it out.

I don’t ever want to be guilty of participating in that. And I don’t see any reason that I cannot believe in the Church’s teaching on the marriage—on mutual submission, on the complementarity of men and women, in husbands  loving their wives and in wives respecting their husbands—without also understanding that sometimes marriages, like all things human, get broken.

A few years ago, I was in a Lenten prayer group with a woman I’ll call Marianne. Marianne was probably in her 80s, and wheeled an oxygen tank along her side everywhere she went.  One day, she told us the story of her divorce, over 50 years before, when her husband abandoned her and their little girl. She didn’t share any details. But the trauma that had stayed with her through all of these decades was the embarrassment she endured in going through the annulment process. She shuddered and closed her eyes as she recounted the humiliation. She went through it, but her request for an annulment was denied. So, although there was a young man she cared for who wanted to marry her and help raise her child, she turned him away. Because the Church would not grant her an annulment, she could not, of course, be married in the Church. And as she said, “I was not willing to live without Christ in the Eucharist for the rest of my life.”

I’ll never forget Marianne and her story. For me, she is a true martyr for her faith. I don’t have a clue whether the tribunal exercised good judgment on the day that sealed her fate so long ago. But it’s not hard to imagine that the men who denied her an annulment acted with a lack of mercy.

Marianne chose to stay in the Church, because she loved Jesus more than the idea of having a husband to accompany her through life and raise her daughter. I know that attitudes toward annulment have changed over the past five decades. There are Catholics who think the process is too easy, and those who think it is irrelevant. I don’t think I’m in either camp. But maybe, if Marianne had filed for an annulment today, she would have gotten the answer she hoped for. Maybe, she wouldn’t have been forced to choose between God and marriage. She might have been able to experience the hard and satisfying road of a lifelong marriage in all of its exasperating, glorious wonder.

What’s most important, is to let people wrestle through all of this without rash judgment from their neighbors in the pews. The Church has a process for discerning whether or not a couple was, or was not, in a Christian marriage. For the sake of Christian marriage, let’s acknowledge how very hard it really is to achieve a marriage that deserves that label. As a Catholic, I believe in the grace that accompanies the sacrament, and that its part of my calling as a wife to be a vehicle of grace for my husband, as it is his  calling to be a vehicle of grace for me.  I don’t worry about whether my neighbor has made the right choice in leaving her marriage. I want her to know that she is loved.  And I want to pray for more clergy and laity who are willing to talk about what Christian discipleship looks like so that we can have the hope of more truly wonderful, indissoluble, transformative Christian marriages.