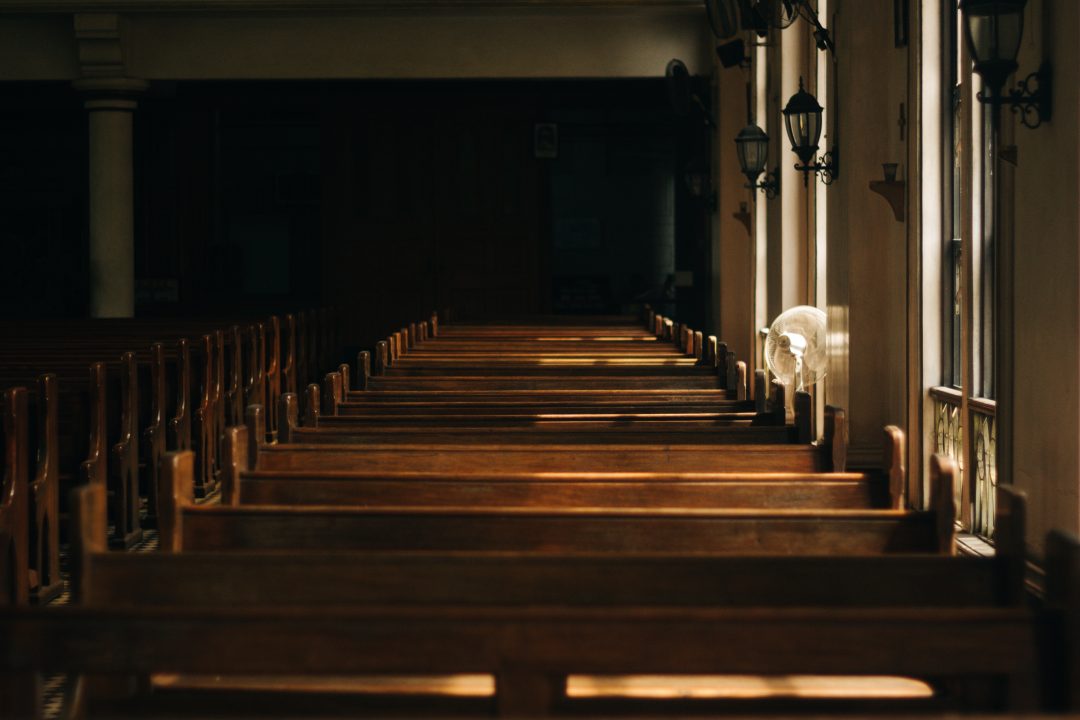 I read something hopeful today in Terry Mattingly’s column at GetReligion, one of my go-too websites for making sense of the intersection of religion with culture, politics, and the world-at-large. It was about who’s really going to church today, and who’s not.  Turns out that, while lots of church leaders, parents, and lay people of all types, even the unaffliated, have been worried or curious about the “Nones,”—this maddening new cohort of young adults that seems to have left the public practice of religious faith behind them in record numbers—it’s just as clear that it’s middle agers, maybe even older boomers, who are dropping off from church attendance and leaving the pews half empty. Mattingly shows data to illustrate that point, recently analyzed and published by Ryan Burge, a political scientist at Eastern Illinois University, who also happens to be a pastor with the American Baptist Church

Here’s another illuminating chart from Burge, taking numbers from recent Pew Research findings and using them to project what religious attendance will look like about ten years from now:

At first glance, Burge’s analysis is not so hopeful, I’ll admit, given that his projection indicates that by 2030 a majority of Americans will fall in the category that claims no religious affiliation. Catholics and Evangelicals are currently about neck and neck in church attendance, with each group showing  a slow downward trajectory, while the Nones are rocketing to overtake all categories and take their place as a majority of the population by mid-century, if things continue to progress (or fall apart) at the current rate. Notice that as the Nones climb as a percentage of population, those attending Mainline churches continue to nosedive. That’s clearly where the biggest loss of members is happening.

So where’s the hope? I see a glimmer in Mattingly’s question, “So, let’s ask fearful religious establishment leaders: Are the kids the only problem out there? Maybe the infamous baby boomers have something to do with all of this angst?”

And if the boomers are at the heart of the problem (and haven’t we been at the heart of so many current problems!?!) then maybe there’s hope that Millennials, and GenXers (and so on) will re-examine what’s compelling about religion in the first place, that is, once they really get mired in the  trenches of parenthood or even just start to experience the stress of living as an adult for the whole rest of their lives. Life seems to stretch so far before you when you’re 32 ½ years old! Maybe there’s hope that they’ll discover that all of life’s answers aren’t to be found in your work life or even your personal life, and certainly not in your political leanings. Julia Duin (another great columnist at GetReligion) points out in her comment for Mattingly’s column that it’s during their thirties that people tend to return to church, after leaving in their late teens. In fact, she wrote a book about it, called, Quitting Church. I haven’t read it, but I’d like to. And I’m hoping (and praying) that Duin is right.

As she also points out, her research revealed that it’s not just the young and marginally attached who give up on church. Duin writes:

That is, it’s not huge news that 20-somethings aren’t in church because they tend to return to church in their 30s and stay there the rest of their lives. What I discovered is that the bulwark of church attendance: The over-50 set, which were the boomers, were dropping out. And not just the spiritually lukewarm ones. Some of the strongest Christians had just had it with the inanities of so many churches and had walked away. [Emphasis mine.] That is still happening. I’d say half or more of my babyboomer cohorts are no longer in church. The ones who still attend often force themselves to go.

As I see it, that’s actually good news, because it’s a strong indicator that it’s quite possible that the best hope the Church (any Christian church)  has of reaching new generations with the Gospel is to stop trying so hard to be “relevant” and to simply preach the Good News, in one of its orthodox iterations. As a Catholic, I’m not always sure that the Church, on the ground, holds to preaching the Gospel and making disciples as its top priorities. On many sides, we’ve got trouble, extending from River City to the Vatican.

But, if one generation fails, that means another generation can turn things around. That’s my fervent, prayerful, never-ending hope.